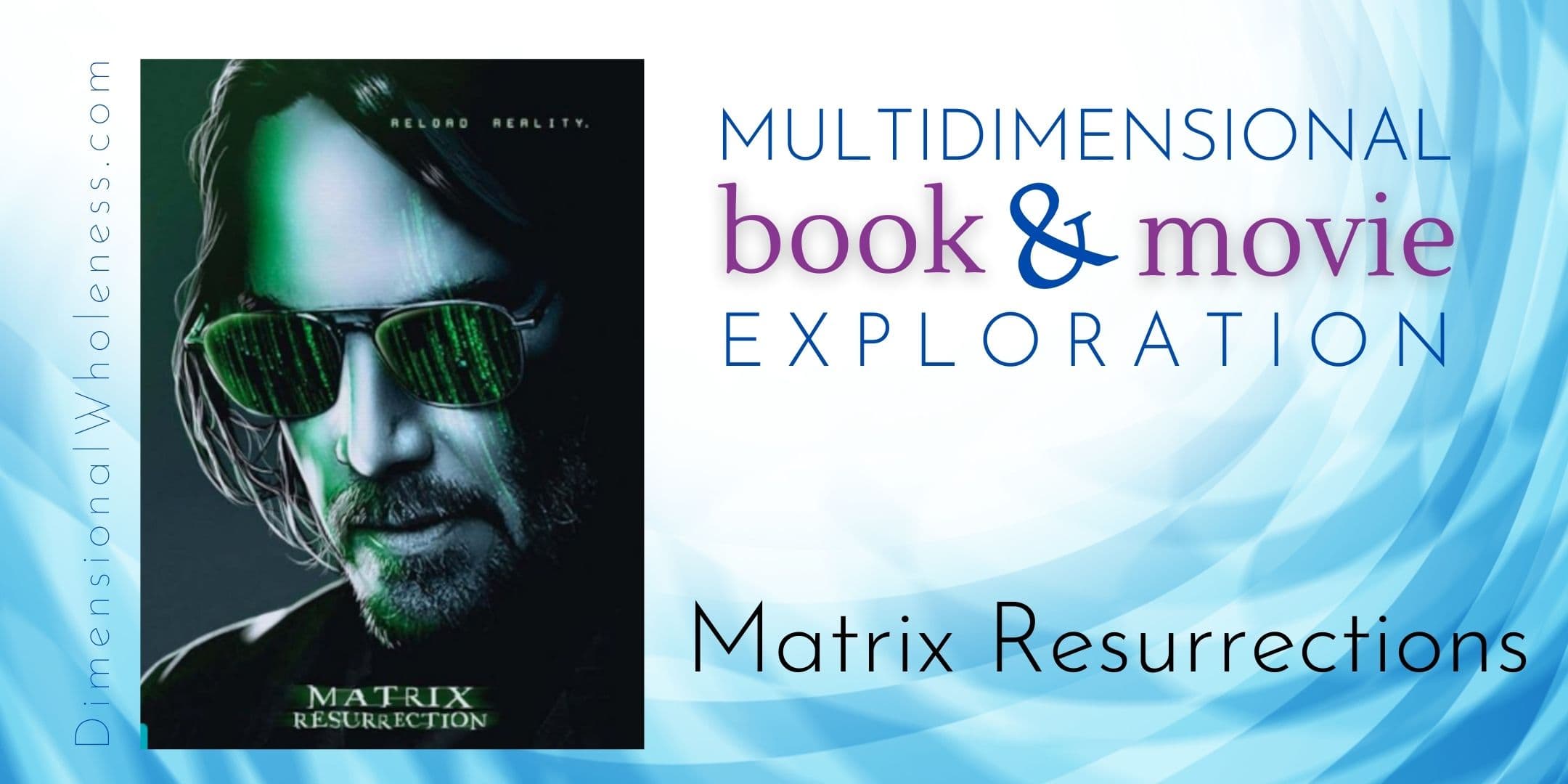 Neo and Trinity are back in The Matrix Resurrections, and we’re ready to dive into the philosophical and metaphysical meaning of the movie.

This new addition to The Matrix family of movies is sure to be a mind-bending film that begs for conversation! The movie will be released in theaters and on HBOmax on December 22, 2021.

Watch The Matrix Resurrections and then bring your questions, aha-moments and favorite scenes to the free Multidimensional Book & Movie Exploration on January 12. We’ll be diving into the Matrix philosophy and looking at the rich metaphysical meaning that builds upon the other Matrix movies.

The Matrix, released in 1999, was groundbreaking on a number of levels. In addition to introducing a radical new type of cinematography, this dystopian science fiction film dove deep into philosophical ideas about the nature of reality. Metaphysical and spiritual circles rallied around the many ways the movie depicted illusion, reality, and the nature of human existence. The Matrix was followed by The Matrix Reloaded in May 2003 and The Matrix Revolutions in November 2003.

The monthly Multidimensional Book and Movie Explorations are free, and hosted by Rebecca Whitecotton, author of Pull Your Self Together: A True Story of Alternate Realities, Spiritual Healing and Dimensional Wholeness. Learn more at rebeccawhitecotton.com.

Once you register you will receive a zoom link several days before the event, or you can find the link on the online event page in Eventbrite after you register.

Please watch the movie before the event on January 12, and come prepared to ask questions and discuss the twists and turns of the plot and explore the many levels of meaning in this film. We will not be watching the movie at this event — you need to watch it beforehand.

From visionary filmmaker Lana Wachowski comes “The Matrix Resurrections,” the long-awaited fourth film in the groundbreaking franchise that redefined a genre. The new film reunites original stars Keanu Reeves and Carrie-Anne Moss in the iconic roles they made famous, Neo and Trinity.

Lana Wachowski directed from a screenplay by Wachowski & David Mitchell & Aleksander Hemon, based on characters created by The Wachowskis. The film was produced by Grant Hill, James McTeigue and Lana Wachowski. The executive producers were Garrett Grant, Terry Needham, Michael Salven, Jesse Ehrman and Bruce Berman.

Warner Bros. Pictures Presents, In Association with Village Roadshow Pictures, In Association with Venus Castina Productions, “The Matrix Resurrections.” The film will be distributed by worldwide by Warner Bros. Pictures. It will be in theaters nationwide and on HBO Max via the Ad-Free plan on December 22, 2021; it will be available on HBO Max for 31 days from theatrical release.