Temper Tantrum Wisdom: The story behind Child of Mine, Know This 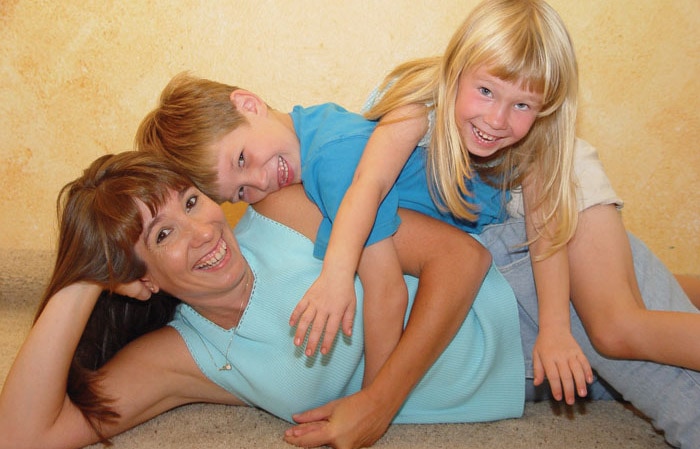 When I wrote Child of Mine, Know This,  our son Ethan was 5 and our daughter Alison was 3 years old.  I could see that they were wise souls, each with a knowing that defied their young ages. Since before they were born I have honored them and their spirits, and yet when they came into life, I could tell that they were frustrated by their smallness and the limitations of their physical bodies. Who wouldn’t be frustrated with the transition from limitless spirit to infant and small child?

When Ethan was an infant, I discovered a wonderful book, The Tao of Motherhood, by Vimala McClure. It helped me to have a goal of finding peacefulness and spirituality in my new role as mother, which sometimes seemed anything but peaceful. There was a quote from the book that I printed out and made part of my daily affirmation, and the sentiment it expresses clearly influenced my writing of Child of Mine, Know This.

“You and your child come from One and journey toward One. You are essentially the same.

Right mothering springs from this knowledge: the One in either responds to the One in both. The bond is oneness, and cannot be broken.

When doubt and uncertainty arise, return to this simple truth.

Be in oneness and the illusion of separateness dies.

Be still and allow unity to be revealed.”

So here I was knowing in my heart and in my mind that my children and I were connected as One, and that they were just as wise as I am (perhaps more so). Yet day by day I would still treat them like children, giving them love but telling them what to do and making them do things they didn’t want to do, and sometimes just not being nice about it, either. I knew of people who let their children do whatever they wanted out of respect for their child’s inner wisdom, but I could not go that far. I felt that part of my job as parent was to make rules, set parameters and show them how they are expected to live in this world. Yet when I set the rules and followed through on them I could feel them resisting and perhaps thinking, “Who made you the boss? I know way more than you think I do.”

I can point to one particular incident that showed me that I had to find some way to explain the grand scheme of life to my kids. Three-year-old Alison and I were in a restroom at a store, and after she finished washing her hands I got a paper towel from the dispenser and handed it to her. She had a fit. She wanted to get the paper towel and I had gotten it for her. I told her that she couldn’t get another towel because it would be wasteful to not use the one I had already gotten. She didn’t have too many tantrums at this age, but this one was so bad that I had to carry her screaming from the store and we went home. I put her in her room and told her she could come out after she had calmed down. It took more than an hour. When she came out, we talked about what happened and I said (in my best motherly voice), “Alison, what would you do differently if you could do that over?” Her reply: “I would have gotten the towel myself.”  It wasn’t what I wanted to hear : “Oh, Mother dear, I would have taken the towel from you and not thrown a fit. I’ll never do it again.”  It was Alison saying “I know I can do it. Stop treating me like a baby and give me some respect!”

The next time we were in a restroom, I made sure to let her get the towel. With all the motherly reinforcement techniques she could muster, she said, “Good job, Mom. You remembered to let me get the towel. That was really good.” She even gave me a little hug. I was surprised she didn’t offer to give me a gold star on my job chart. I left the restroom laughing to myself, and we were both happy. Now, just who was the wise one there?

So one day I sat down to meditate, with the intention of writing something for Ethan and Alison. Child of Mine, Know This is what resulted from that wonderful meditation. Interestingly enough, during the meditation I felt like my heavenly parent was saying these words to me. It was a wonderful feeling to sit surrounded by love in meditation and know that these words were not only for my children, they were for me as a child of God.

Child of Mine, know this —

You are not a child

In the eyes of the universe,

In the arms of God,

In the heart of All That Is.

You are a brilliant light that has been shining since the beginning of time.

You are a wise and ancient soul who has come to this earth yet another time to shine your light on all humanity. . . .

So as you read Child of Mine, Know This, I encourage you to hear the words of your heavenly parent, who sees you as a brilliant light and a beautiful blessing to the world. It is my hope that by sharing these words with you that you will be as blessed by them as I have been.